Evaluating Arrest Record Issues when Hiring or with Current Employees

One of the tricky areas for school districts to navigate is what to do with a current employee who gets arrested or an applicant who discloses they have pending arrest charges against them. Employers covered by the Wisconsin Fair Employment Act (WFEA) are generally prohibited from discriminating against individuals on the basis of their arrest and/​or conviction records, subject to certain exceptions. There are key differences in the analysis depending on whether a ​“conviction” or an ​“arrest” record is at issue. Generally, employers have more leeway to consider conviction records and are extremely restricted in considering arrest records when making employment decisions. However, employers may generally discharge or refuse to hire an individual based on the individual’s arrest record if, through the employer’s independent investigation of the conduct underlying the arrest, it concludes that the individual did commit the conduct for which the individual was arrested. This procedure is often referred to as an ​“Onalaska investigation” because it was established by the Court of Appeals in a 1984 decision in Onalaska v. LIRC, 120 Wis. 2d 363. Employers that rely on this procedure in court are often referred to as raising the ​“Onalaska defense.” The Onalaska defense is not available when employers are concerned about an employee’s conviction record.

For public sector employers, including school districts, an investigation of employee misconduct that might also involve criminal conduct by the employee raises additional issues to consider. This could stem from an arrest or might be conduct you become aware of that has not yet led to an arrest. If you are going to conduct an Onalaska investigation, you should likely use a Garrity warning. [For a more detailed discussion of Garrity warnings see Investigations and the Garrity Warning.] In general, a school district investigator should give an employee a Garrity warning, preferably in writing, prior to asking the employee specific questions about potentially criminal conduct. This warning compels the employee to answer all the investigator’s questions under penalty of potential discipline or termination and informs the employee that prosecutors will not be able to use his/​her answers against him/​her in subsequent criminal proceedings.

The facts in Vega are as follows: Mr. Vega began working for Preferred Sands of Minnesota, LLC (PSM) in 2010. Shortly after being hired, he was charged in Buffalo and Pierce Counties with felony and misdemeanor counts of child sexual assault. He was convicted of the misdemeanor counts, and he pleaded guilty/​no contest to the felony sexual assault charges as part of two deferred prosecution agreements. The deferred prosecution agreements stated that the felony charges would be dismissed after a period of years if he met certain requirements which included 90 days of jail time with work release. No judgment of guilt/​conviction would be entered for these felony charges unless he violated the terms of the deferred prosecution agreements.

Mr. Vega continued working for PSM and informed his employer about the misdemeanor convictions and the deferred prosecution agreements. He told PSM that he would need adjustments to his work schedule to serve his jail time. PSM granted him the necessary scheduling accommodations. In 2015 he was transferred to Preferred Sands of Wisconsin (PSW), which is a sister company of PSM. When he transferred, PSW required him to submit to a criminal background check. The background check revealed his misdemeanor convictions as well as the existence of the two deferred prosecution agreements.

PSW consulted with legal counsel and interviewed Mr. Vega. The interview only addressed his deferred prosecution agreements and not his misdemeanor convictions (because the Onalaska defense cannot be used with respect to convictions). During the interview, Mr. Vega admitted that the alleged conduct underlying the deferred felony charges occurred, and PSW later terminated his employment. The company’s Vice President of Human Resources testified that he was terminated because: “[a]n individual who committed a sexual crime is not acceptable in our society and is concerning and makes people feel unsafe.”

Mr. Vega filed a complaint with the Wisconsin Equal Rights Division alleging arrest/​conviction record discrimination. An administrative law judge found that PSW violated his rights under the WFEA. PSW appealed that decision to LIRC which concluded that PSW had terminated Mr. Vega for both lawful and unlawful reasons. LIRC held that the evidence showed that PSW’s decision was partially motivated by his status as a sex offender which was unlawful conviction record discrimination. However, LIRC held that PSW was also motivated to terminate him because he admitted to the conduct underlying his deferred prosecution agreements during PSW’s Onalaska investigation. According to LIRC, that was lawful because PSW was entitled to investigate those deferred charges under the Onalaska procedure and to terminate him because he admitted to the sexual assaults. Mr. Vega appealed LIRC’s decision to the circuit court which reversed LIRC’s decision and reinstated the administrative law judge’s ruling. PSW appealed to the court of appeals which reversed the circuit court’s decision and ultimately reinstated LIRC’s decision. This ping-ponging during appeal illustrates how challenging the analysis of arrest and conviction record discrimination can be and should be a reminder to employers about seeking legal counsel in these situations.

The Court of Appeals ruled that Mr. Vega’s deferred prosecution agreements qualified as arrests under the WFEA and not convictions. Therefore, PSW was entitled to investigate Mr. Vega’s deferred charges under Onalaska and to terminate him based on PSW’s conclusion that he had engaged in the conduct at issue. However, the Court of Appeals also held that PSW unlawfully discriminated against Mr. Vega based on his misdemeanor convictions as evidenced by the comment from the company’s Vice President of Human Resources regarding sexual criminals being unfit for society. Because PSW relied on both proper and improper reasons, Mr. Vega was entitled to attorneys’ fees and injunctive relief but not reinstatement or backpay.

Vega illustrates that arrest/​conviction record claims can be technical and complicated. A school district’s obligations depend on the posture of the individual’s criminal matter and whether the matter qualifies as an ​“arrest,” a ​“conviction,” or even a third category, a ​“pending charge,” at the time of the employment decision. As Vega demonstrates, the lack of a final determination as to guilt makes the deferred prosecution agreements qualify as arrests rather than convictions. Furthermore, Vega confirms that the Onalaska defense will continue to apply only to an individual’s arrest record and not an individual’s conviction record. School districts must be cautious when approaching issues of an employee’s or an applicant’s criminal history. In addition, proper use of the Garrity warning may be helpful in compelling employees to answer questions and making sure you honor employees’ constitutional rights. Getting proper counsel on these issues before commencing an investigation or talking to the candidate or employee is critical to ensure compliance with Wisconsin’s complex law.

We encourage school districts to reach out to a member of the Boardman Clark School Law Practice Group with questions. 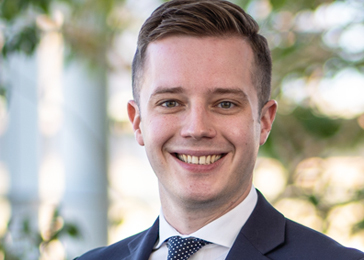