A recent ruling from a Wisconsin federal district court should place all districts on notice of the danger of failing to implement IEPs with fidelity and fully addressing a student’s lack of progress. The decision should also be a reminder of a district’s obligation to hold IEP team meetings and develop an appropriate IEP even if a parent refuses to participate in the process. In Grafton Sch. Dist. v. J.L., 120 LRP 31906, (E.D. WI 2020), the Court affirmed the decision of an administrative law judge (ALJ) who held that the District denied the student a free appropriate public education (FAPE), and ordered the District to reimburse the parent for two years of private school tuition at an out-of-state boarding school for students with disabilities.

The Student was originally determined eligible for special education and related services in 2014 under the category of Other Health Impairment (OHI) based upon diagnoses of Attention Deficit Hyperactivity Disorder (ADHD) and an anxiety disorder. The Student also struggled with writing tasks and multiple neuropsychological evaluations revealed that the Student’s writing skills had not progressed at ​“age-expected rates.” With that knowledge, in June of 2016, the District developed an IEP for the 2016 – 2017 school year (the Student’s freshman year). The IEP included four goals addressing writing, organization, following directions and staying on task, and speech and language skills. The IEP also included the following services: direct instruction in written language for one period per day; ​“supervised study” for one period per day; an end-of-the-day assignment notebook accuracy check; and 40 minutes of speech and language per week.

The IEP team met again in May of 2017 to develop a successor annual IEP for the Student’s sophomore year. Services remained largely the same, with the exception of speech and language, which was cut in half from the prior IEP to 20 minutes per week. The new annual IEP also listed six goals addressing writing skills, advocacy, attending behavior, work completion and speech and language skills. The Court noted that many of the goals incorporated into the May 2017 IEP were ​“nearly identical” to the goals in the June 2016 IEP. In particular, the writing and attending behavior goals remained the same and the baselines for each of those goals demonstrated the student’s ​“shockingly low skills.”

In May of 2018, the IEP team met again to develop the Student’s annual IEP for the 2018 – 2019 school year, the Student’s junior year. The District determined that the Student had met three of the six goals in the prior IEP and failed to meet the goals in the areas of advocacy, attending, and writing. The team established goals and services for the upcoming school year but ran out of time and was unable to complete the IEP at the May meeting. The Team discussed reconvening to finish the IEP process and June dates were proposed but no IEP occurred in the month of June.

After the May IEP team meeting, the parent made a report to local law enforcement alleging that the Student’s case manager had engaged in ​“illegal forgery or fraud.” The parent’s claim was based upon her review of a Google doc showing the ​“editing history” of the Student’s written work. According to the parent, the case manager had either altered or written much of the Student’s work, and those actions amounted to forgery and fraud. Ultimately, law enforcement did not recommend any charges and determined the parent’s allegations were a civil, not a criminal matter.

The Court began its analysis by citing the FAPE standard established in Endrew F. That standard requires that ​“an IEP must be reasonably calculated to enable a child to make progress adequate in light of the child’s circumstances.” The Court further noted that ​“adequate progress” will vary considerably from child to child and stated that a student with a disability is not entitled to a program that achieves equal outcomes to students without disabilities. Instead, students with disabilities are entitled to ​“an equality of opportunities for growth relative to the child’s own unique starting point.”

The District asserted that the Student had in fact made progress as evidenced by his passing grades and advancement from one grade to the next. However, the Court rejected that argument by noting that the grades the Student earned were not ​“accurate reflections of the Student’s mastery of grade level content.” Specifically, the Court cited the English teacher’s testimony that because of the Student’s reluctance to engage in writing activities, the teacher did not factor writing into his final grades. Consequently, the Court found that ​“grades and advancement ring hollow as indicators of progress.”

In analyzing the appropriateness of the unfinished 2018 – 2019 IEP, the District argued that the parent’s lack of cooperation precluded completion of that IEP and further that the Court should look beyond the IEP to determine what the District might have offered. The Court found those arguments unpersuasive. The Court relied on the ​“four-corners rule” and determined that when evaluating the appropriateness of an IEP courts ​“must consider only what is contained in the document itself.” The Court further scolded the District for not completing the IEP process and rejected the District’s argument that the parent was the cause of the incomplete IEP. Citing the decision of the ALJ, the Court noted that ​“the District could have and should have scheduled another IEP team meeting, with or without [the parent’s] input.”

Ultimately, the Court affirmed the decision of the ALJ and ordered the District to reimburse the parent for the cost of tuition (approximately $78,000 per year) for two years at a private, residential school for students with disabilities.

While hindsight is always 20/20, the federal Court decision offers lessons to be learned and highlights pitfalls to avoid, the most significant of which are set forth below.

The Proof is in the Progress

In Endrew F., the Supreme Court established the FAPE standard: ​“IEP must be reasonably calculated to enable a child to make progress adequate in light of the child’s circumstances.” That standard, which formed the basis of the Court’s analysis in the federal case, should be well-known to every IEP team member and its meaning understood. An IEP must have ambitious goals and include the special education and related services needed to meet them. In this case, the Student’s goals remained largely the same year to year and his progress stagnant. The District acknowledged that it lacked data to demonstrate progress and acknowledged that the Student did not meet most of his goals. Further, despite his lack of progress, the District reduced the Student’s levels of service, cutting his speech and language therapy in half.

Districts should be reminded by the Court’s holding that IEP goals are not aspirational benchmarks that the team hopes the student might achieve. IEP goals are established after considering a student’s current academic achievement and functional performance (i.e., baselines) and, based on the student’s unique circumstances, are an expectation of what the IEP team reasonably believes the child will achieve within the term of the IEP. Furthermore, if during the course of the IEP the student is not making adequate progress toward the goals or objectives, IEP teams have an obligation to reconvene the IEP team meeting and address that lack of progress. IDEA specifically notes that districts must ​“ensure that … the IEP Team … revises the IEP, as appropriate, to address … any lack of expected progress toward the annual goals.” (34 C.F.R. § 300.324(b)(1)(ii)(A))

Recycling is Good for the Environment, But Not for IEP Goals

In this case, the same goals with the same levels of achievement were repeated in successive IEPs. Having been instructed by Endrew F. that annual goals must be meaningful, it is no surprise that the court in Grafton was troubled that the Student’s annual goals were recycled from one year to the next.

As previously noted, IEP teams must monitor progress and address any lack of expected progress. If that obligation is honored, goals, or the services intended to address those goals, should be revised to allow the student to meet the goal thus avoiding the need to recycle it. If the IEP team believes that a goal must be recycled, the team should explain why the goal was not met during the previous IEP and what services will be provided during the course of the next IEP that will allow the student to meet the goal.

Not every implementation error will be deemed to be a denial of FAPE by a court. In the current case, the District did not provide quarterly reports or monitor the Student’s use of his assignment notebook and the Court found that those two errors denied the Student FAPE. The Court’s rationale was based upon the clear connection between the implementation failures and the Student’s lack of progress. For example, one of the Student’s goals required him to record his daily assignments with 90% accuracy, a goal that the Student did not meet. The District, by not implementing the daily check of the assignment notebook, did not consistently monitor progress on that goal and thus could not and did not address that lack of progress. Similarly, by not providing progress reports the parent was deprived of the necessary knowledge to address concerns related to progress and also limited the District’s ability to address the lack of progress.

Districts must implement IEPs as written. If specific provisions of the IEP cannot be implemented, or if a student is refusing to engage in specific activities required in an IEP, such as recording assignments in a daily assignment notebook, convene an IEP team meeting and engage in collaborative problem-solving to address the implementation struggles.

Parent participation is a cornerstone of the IEP process and districts should make every effort to involve parents of students with disabilities in their child’s education. However, the current case makes clear that districts have the obligation to provide FAPE and must offer an IEP that does so, even if a parent refuses to engage in the process of developing the IEP. The consequence of not finishing the process, as demonstrated by the current case, is that a reviewing ALJ or court will be limited to reviewing an incomplete IEP that likely falls short of providing FAPE. This lesson learned is also a good reminder to districts to fully document all discussions at the IEP team meeting and ensure that all decisions made by the team are also documented in the IEP. The final IEP is what provides a parent notice of the district’s commitment and will be the primary document reviewed by a court or an ALJ. If a service is inadvertently omitted from that document a district will likely be precluded from arguing that such a service was part of the district’s offer of FAPE. 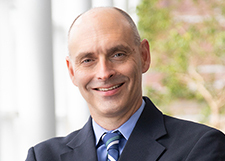