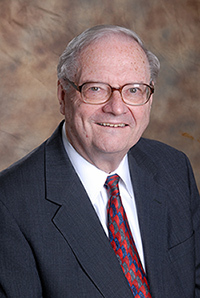 HENRY A. FIELD, Jr., age 90, died on Monday, November 5, 2018.  From 1962 to 2012, Henry was one of the four named partners of Boardman, Suhr, Curry & Field.  During those 50 years, through tireless efforts and skill, he led what began as a one-man trial practice in 1957 into a thriving trial group.  He helped turn a firm of fewer than 10 into the large present-day firm.  Henry was recognized both nationally and locally for his courtroom skills, legal knowledge, and impeccable ethical standards.  In a practice often rough and tumble, Henry had that rare ability to fight hard for his clients and win, and yet treat opponents with dignity and respect.  As a result, many of Henry’s biggest fans are opposing lawyers.  Thank you, Henry.  We have lost both a colleague and a friend.

A celebration of his life and legacy will be held at the Madison Club on Friday, November 30, 2018 from 5- 9 p.m.  The program will take place at 6:30 p.m.  Complimentary beverages and light hors d’oeuvres will be available.

The complete obituary is available here.